I Was SOOO Sick and Tired of Being Told What To Do.

I was always a pretty even-keeled, happy, and energetic kid and adult.  I prided myself in trying to see the good in everyone and being extremely non-confrontational, giving others the benefit of the doubt and letting them have the limelight almost always.  I hated conflict.  I saw anger, combativeness, and dispute as a sign of weakness and lack of maturity.  I was laser-focused on “seeing the positive” in others and trying to extract all the good I could out of the situation.  Yet there was one trigger that I visited over and over for years that built up resentment of almost rage-like proportions in me.  I would begin to literally feel “sick” when this trigger arose.  In my religious culture, it was the mere regurgitation of THREE words that set me off on an inner rampage.

In the zeal of my youth, I spent many hours dedicating myself to becoming a devoted student of the intricacies and “craft” of my traditional religious faith.  If it were not enough to just memorize and quote scripture I put so much of my energies into learning what others of the faith had to say about certain topics. The principle of “follow the prophet” had been so repeatedly and lovingly pounded into my subconscious since my youth that I literally went about on a mission to know what these “prophets” said better than anyone else I knew.

I obsessed about knowing as much useful (and most of the time, not useful) trivia, facts, doctrine, and scripture as I could.  I was the ace in the hole when someone needed sourcing on esoteric or obscure doctrine.  I used to pull the “general authority” trump card in conversations and discussions all the time. (A general authority is a person who holds a high position of authority in the church and often is in charge of teaching large groups of people).  I could quote what leader said what to many doctrinal queries.  All questions would then be settled about doctrinal disputes and disagreements—or so I thought.

Yet the more I studied original sources and became self-aware of my own life’s experiences the more I saw so many inconsistencies, contradictions, and even dishonesties.  A crack began to form in my once solidly held notion of the infallibility of leaders and the authority of their words.  “Follow the Prophet” began to seem more like carefully calculated, manipulative, hypnotic mind control than a true source of safety to my spiritual self.  I began to cringe more and more inside when I heard those words even though it was perceived as outright “blasphemy” to my straight-arrow righteous self.  To see fellow peers “oohing” and “ahhing” over some caucasian male that pretended to an authority I had yet to see demonstrated really triggered me deeply and I didn’t know why.  I thought I was at fault, ‘wrong’ or ‘lacked faith’ because of those inner feelings.  And I was so good at suppressing it for so long. 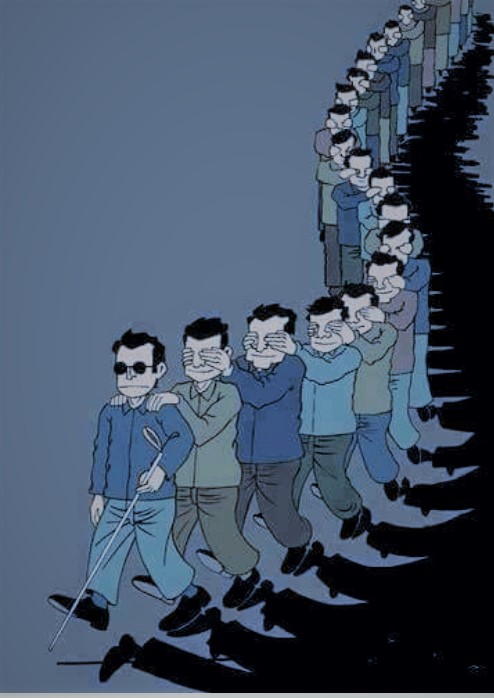 What Makes One An ‘Authority?’

Is some teaching or idea automatically more worthy of attention, study, and imitation if it is spoken by one with some special title or authority?

It always bothered me that the pews would be more full of people who would pay more attention when someone spoke who had some high position than when a “regular” person without a title would speak.  There would be more excitement, anticipation, and attention given when the stake president visited, a general authority was speaking or it was General Conference. I still cringe at how others fawn and kowtow over someone’s words and talks simply because they may have held (or hold) a church bestowed office that was more visible, without any consideration for the actual substance of what is taught.

Is it automatically gospel truth because someone holds some special title or office?  Couldn’t anyone think for themselves?  Were we really that dependent on someone else to tell us what to do, what to believe, and how to live?

For some reason, at some point, we humans have been conditioned to think that because others’ may hold some title or position they are automatically worth listening to and/or following.  And somehow our experience, understanding, intuition, and learning can be discredited or seem inferior if it doesn’t mesh with what authorities may tell us is so.

Do You Live From Your OWN Experience or Someone Else’s?

How much of your time and energy is spent consuming and implementing others’ recommendations vs developing and expressing what is unique to you?

I realized I had created in my mind layers upon layers of worldviews and beliefs based on others’ experiences and not my own.  I had been simply regurgitating the teachings of others and never really exploring or awakening to my own.  I began to pick apart lots of talks, discourses, and speeches based on my personal understanding, experience, and study.  It became more and more apparent to me how almost all of the teaching offered was simply the regurgitation of another’s experience, opinion, views, or beliefs.  There was very little primary, original, and experiential knowledge being shared.

If it was repeated enough times maybe that would make it true or finally make it resonate with me?  It, more often than not, became more bland, distasteful, and unpalatable the more I listened.  It was like pre-canned, processed inspirational quotes that carried very little primary nutritive value.  I became more and more bored listening to the same politically correct, very uninspiring and unoriginal message over and over.  It all seemed more like a pony show than a truly revelatory experience.  Inside I really was weary of those, who thought they were smarter, more intelligent, and “righteous” than me, telling me what to do because they may have held some position of “authority” over me.

Why Do We Hero Worship?

We have been conditioned since youth to look to others for answers, lean on leaders and “experts” to tell us what to do, how to live, and what to think, feel, and believe.  We mimic others.  We follow others.  We, consciously or unconsciously, pin our trust and faith in others’ advice, words, experience, and recommendation.  Our brain even has “mirror neurons” which have evolved to ‘mirror’ others around us.  All of it designed to help us fit in and conform in an attempt to keep us safe.  Yet it is sickening and insulting to the infinite intelligence of the soul.

Why are we obsessed with following people?  Why do we feel like we need someone to tell us what to do, how to live, what to eat, how to care for our body, how we should parent, what we need to have, do and be to fit in, be acceptable by modern standards and demonstrate the appearance of happiness?  I realize how deep the tendency was in me to be like a sheep blindly following self-appointed and professed “shepherd” leader peers without knowing where I was going or why.  Everybody else was doing it so I should too, right?

The tendency for me to want to fit in with those around me and not appear overly conspicuous made me conform, most of the time unknowingly.  Reading, studying, consuming, and subsequently cataloging and rehashing the teachings and writings of others literally became my main form of intellectual and spiritual exercise.  Slowly, subtly and almost imperceptibly I became desensitized and out of touch with my own truth.  Following and obeying others became more important than listening to and following the undiluted, unfiltered wisdom and truth that was teeming within me.

This is the ultimate programming that desensitizes us so much we are scarcely even aware that we are slaves in unconscious servitude of someone else. 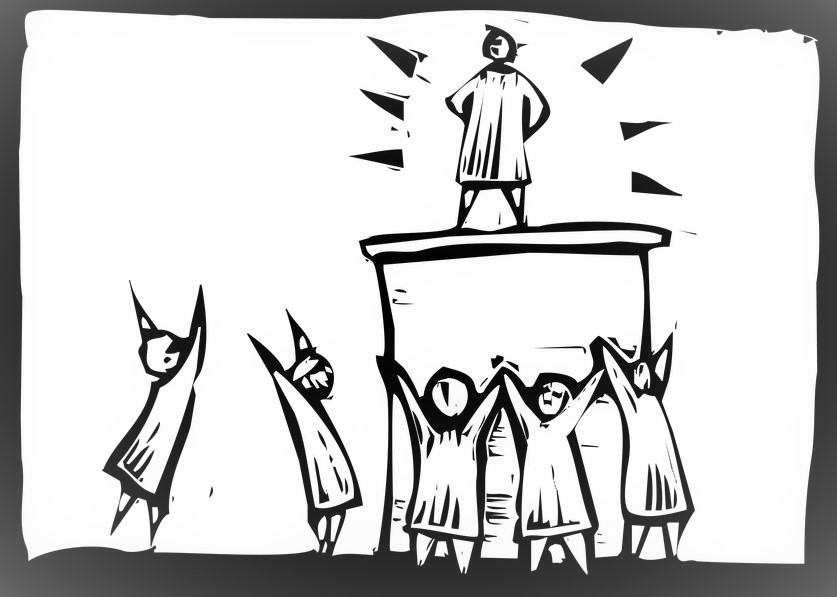 We have a sickness in our society and it is overflowing to scourge-like proportions.  The real pandemic that is causing suffering everywhere has nothing to do with a virus or even race wars.  It has little to do with not having enough resources to go around.  It has everything to do with a culturally conditioned compulsion to want to fit in and look to others for answers.  It has come to a full head. 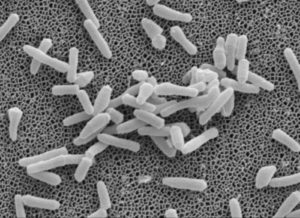 YOU ARE THE ULTIMATE AUTHORITY

The world is awakening.  As more and more layers of the false facade are stripped away the illusion of authority is being revealed for what it is and always was.  The great truth of our age is that there are no “experts” outside of your own soul.  No one is worthy of your attention and adoration because of any externally bestowed title. The political, religious, and social leaders who make so many decisions for us are just as human as we are.  The stars that we glamorize, venerate, and worship are not any more special than you.  Are they really worthy of all that attention and devotion that we give them?  The whole notion is quite insulting and repugnant to the soul.

The entire idea of reading or studying scriptures is to become living scripture, not regurgitate dead scripture over and over again.  The practice of following a guru or being a disciple of another is meant to awaken your own internal master and guru, not to become forever dependent on something or someone outside of you.

You have done enough reading.  You have done enough listening.  You have taken enough courses.  You have had enough people tell you what you “should” do.  You have had enough people telling you what you “should” believe, how you “should” build a business, what you “should” eat!  Isn’t time to step into your own power and become your own authority, expert, guru, and frame of reference?  Your soul isn’t here to follow, mimic, or imitate anyone.  It is here to shine, radiate, and express its own unique self. It is sick of being suppressed, ignored, neglected, and trivialized while you follow the masses worshipping at the throne of so many external Gods.  The first commandment was always to have no other external gods before the True and Living God within you.  Isn’t it time to step into your true power? 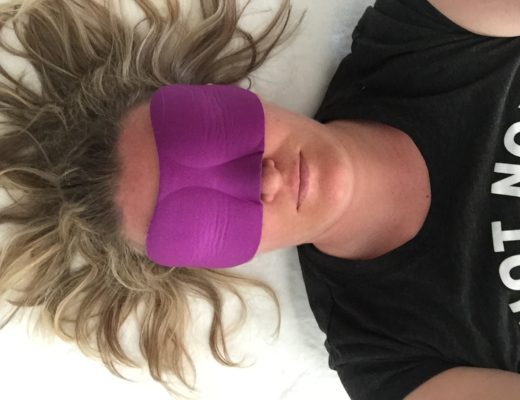 How to Meditate for Beginners 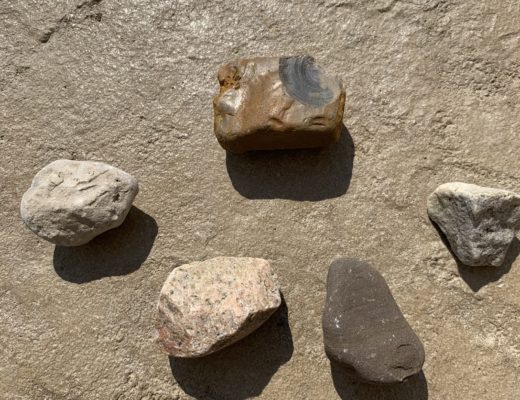 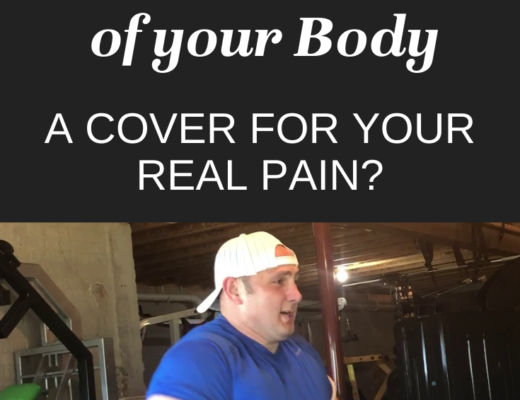 Is Your Obsession (or Neglect) of Your Body a Cover for Your Real Pain? 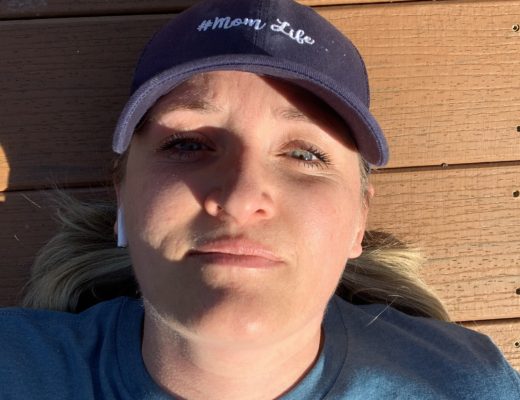 It's Good to Feel Bad: Here's Why 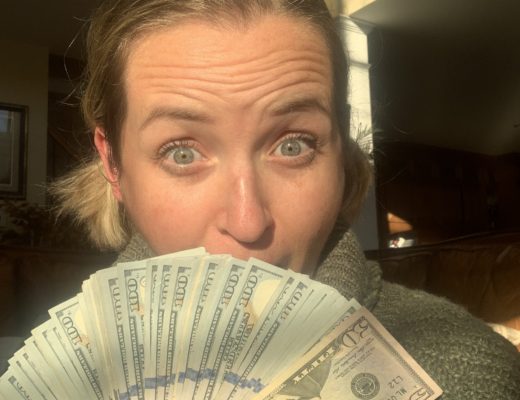 The Little Known Secret About What Really Determines Your Net Worth